A living wage for garment workers and a transparent supply chain.

Brands in the fashion industry put millions into advertising themselves as ethical and sustainable, making plenty of claims about paying their workers a living wage. Fashion Checker shows how far from the truth this actually is, giving consumers and garment workers access to real data from the supply chains of the worlds’ biggest brands.

Power in the Garment Industry

We believe all workers in a supply chain have a right to fair pay. Workers making the products for the garment and sportswear market have been earning poverty wages since the birth of the industry. Our research shows no major clothing brand is able to prove that workers making their clothing in Asia, Africa, Central America or Eastern Europe are paid enough to live on.

An estimated 60 million workers power the global garment industry, generating its billions in profit. The majority work inhumane hours and multiple jobs to make ends meet. Roughly 80% of these workers are women. This is not a coincidence. The workers earning poverty wages have little to no ability to fight for their rights which is why they remain earning so little in exploitative jobs. This is a systematic power imbalance built into the industry. 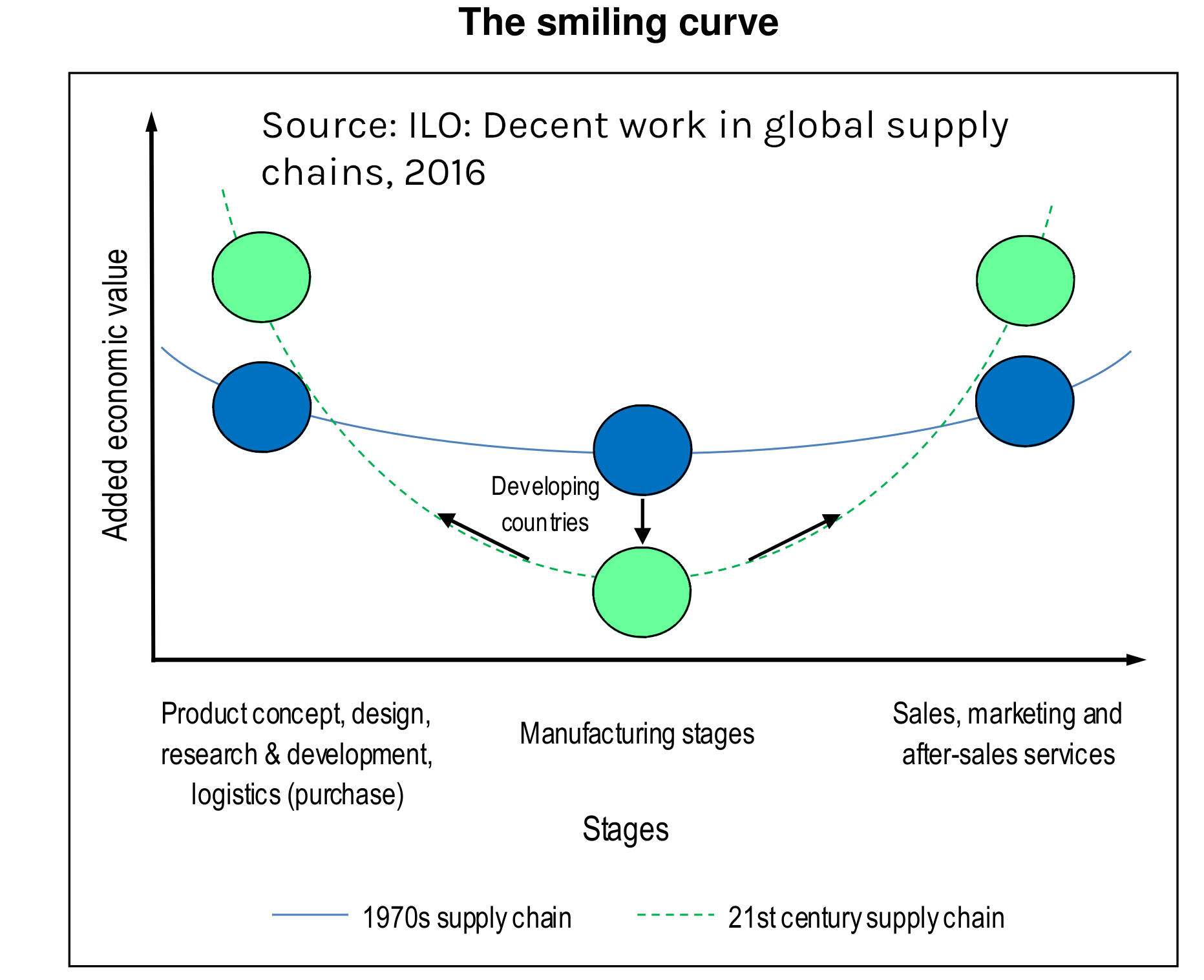 Demanding a wage you can live on should not be controversial. We asked for a 'living wage now' in 2015. It’s five years later and there has been no progress. Now it’s time for change. It’s time to address the systemic causes of poverty wages in the garment and footwear industry, and force brands to take accountability. 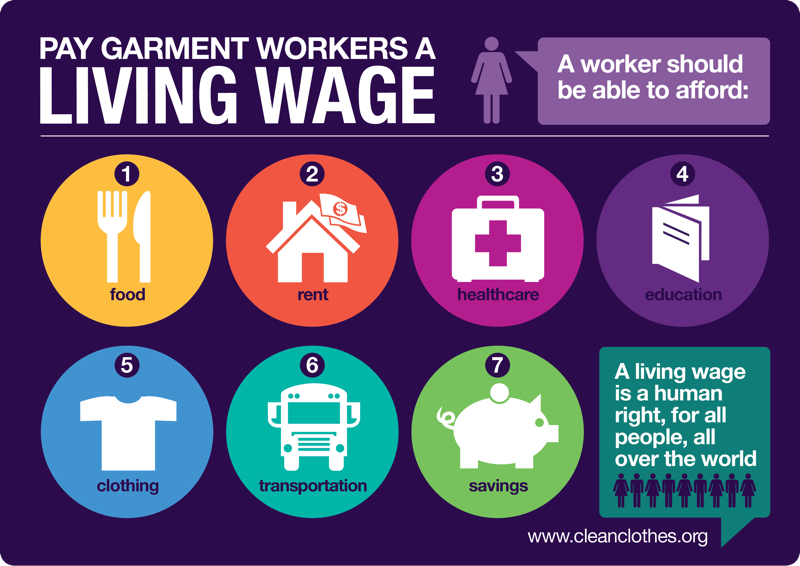 For decades, brands and retailers have built their profits on low prices. The global oversupply of clothing generated by fast fashion gives brands the power to push their suppliers to agree to produce clothing and footwear for the lowest prices possible. The price brands pay their suppliers is supposed to be enough to cover factory running costs, buy material for production, ship the products, pay for labour and leave a profit margin for the factory. Worker’s wages are the easiest cost to cut. 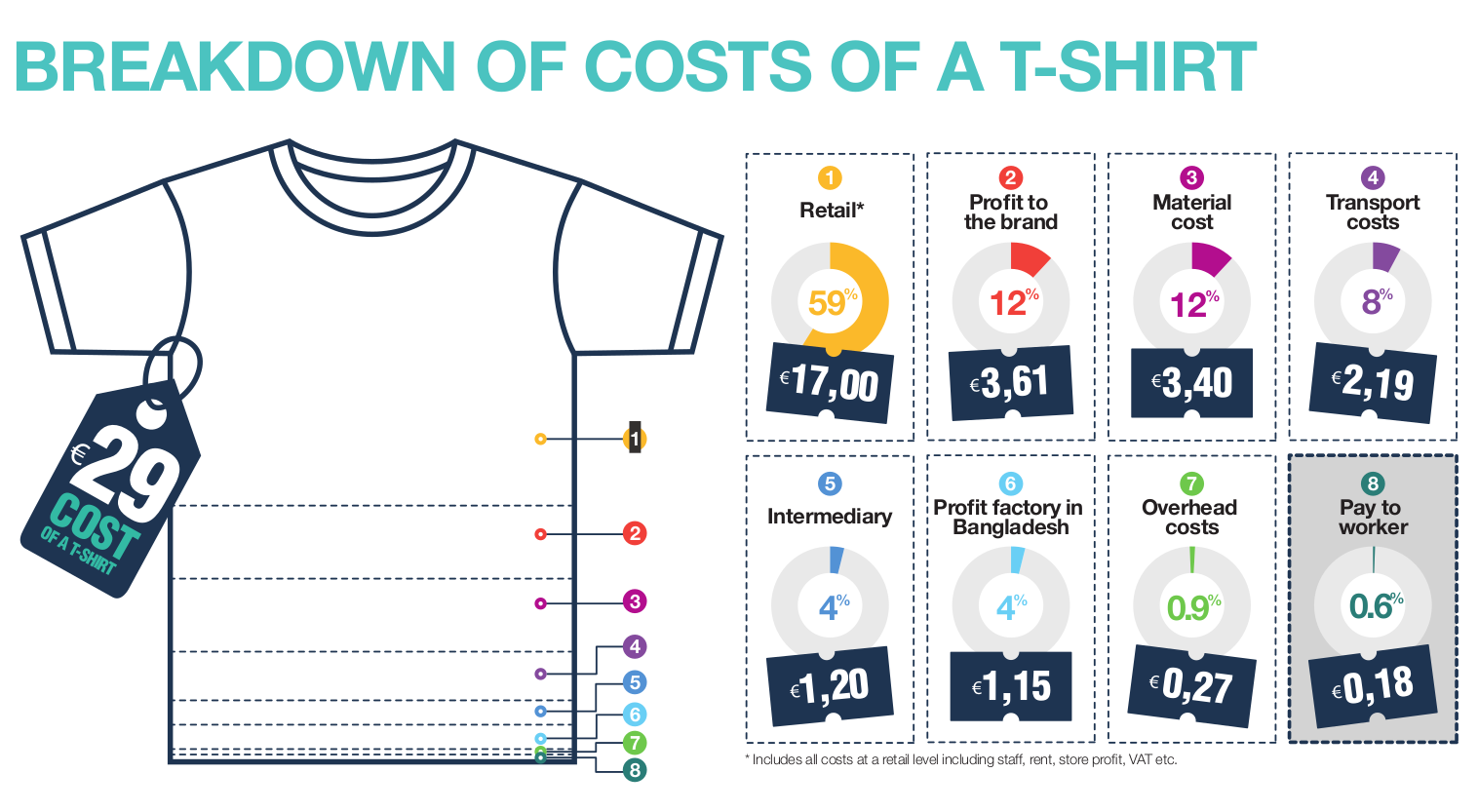 Putting a spotlight on the supply chain

Our main focus is wages and transparency. Checking worker’s wages is currently the only reliable way to find out if brands are paying factories in their supply chain enough to run safely and fairly. Brands systematically paying too little for production forces factories to make difficult choices. If a factory isn’t paid enough it will cut worker wages to cover other expenses first. Wages and worker safety are the lowest priorities because there will always be people in need of the job.

Brands are obligated by the UN Guiding Principles on Business and Human Rights to run their business responsibly. Earning a wage you can live comfortably on in a 48 hour working week is a fundamental human right. This means that brands should be able to prove that their suppliers are paid enough to pay their workers. Most brands do not even measure how much the workers in their supply chain would need to be paid in order to earn a decent living. Governments purposefully keep minimum wages low to encourage foreign brands to produce in their country. And suppliers purposefully outsource to less formal workers to pay as little as possible for production. 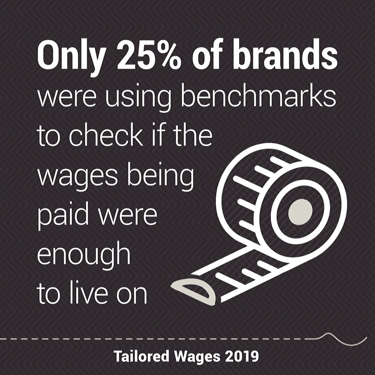 A lot of informal work is done by women, either in self employed or sub-contracted positions. Their wages are even more precarious. Gender pay gaps are still one of today’s greatest social injustices. Progress towards equal pay is gaining momentum across our global economy, but we are still witnessing dire inequality in clothing and footwear manufacturing.

Inside factories women are mainly employed in lower-paid, lower-power positions. The gendered power imbalances within factories are deeply rooted in cultural inequalities between men and women in most garment production countries. The further down the supply chain you go, the more precarious the work; the lower the pay, the greater the share of women workers. 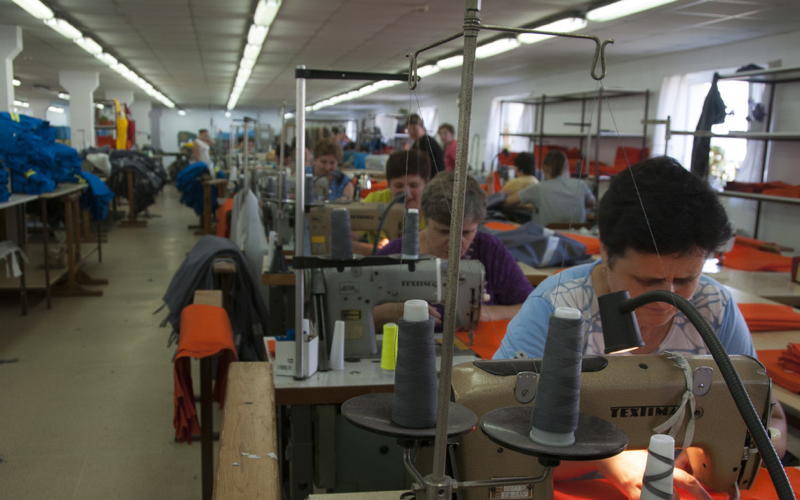 "I come home, and I can't sit until evening. I need to cook, wash laundry, write homework with kids... In the evening I'm so tired that I just try not to fall before I lie down."
A Worker from Croatia

There has been an encouraging increase in how transparent fashion brands are on where and how their clothes are produced. More and more brands are disclosing production locations and signing the Transparency Pledge. However there are still too many brands that refuse to do so, and even the most progressive brands still do not show their entire supply chain and hide their lack of progress on improving wages behind vague promises instead of verifiable, objective data. 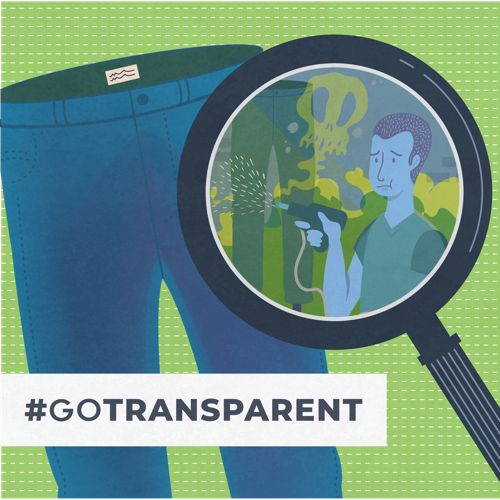 What are they hiding? No brand publishes clear information on how much the workers make, or even on how they can concretely ensure that their suppliers can pay workers a living wage. There is also an almost complete lack of information further down the supply chain. Sub-contractors, home-based workers, the workers who harvest and process raw materials and fabrics are completely in the dark.

It is well known that the garment industry is one of the largest carbon polluters on the planet, and one of the greatest producers of waste, including toxic chemicals that permeate the environment and worker communities. Today’s fashion promises to be sustainable, conscious, fair and green, but without any transparency and without livable wages.

Paying poverty wages directly affects the sustainability and resilience of whole economies. An organic shirt made under poverty wages is not sustainable, and should never be considered as such. System change in the fashion industry is an undeniable necessity, but first the system needs to ensure the livelihood of the millions of garment workers who are most affected by it. 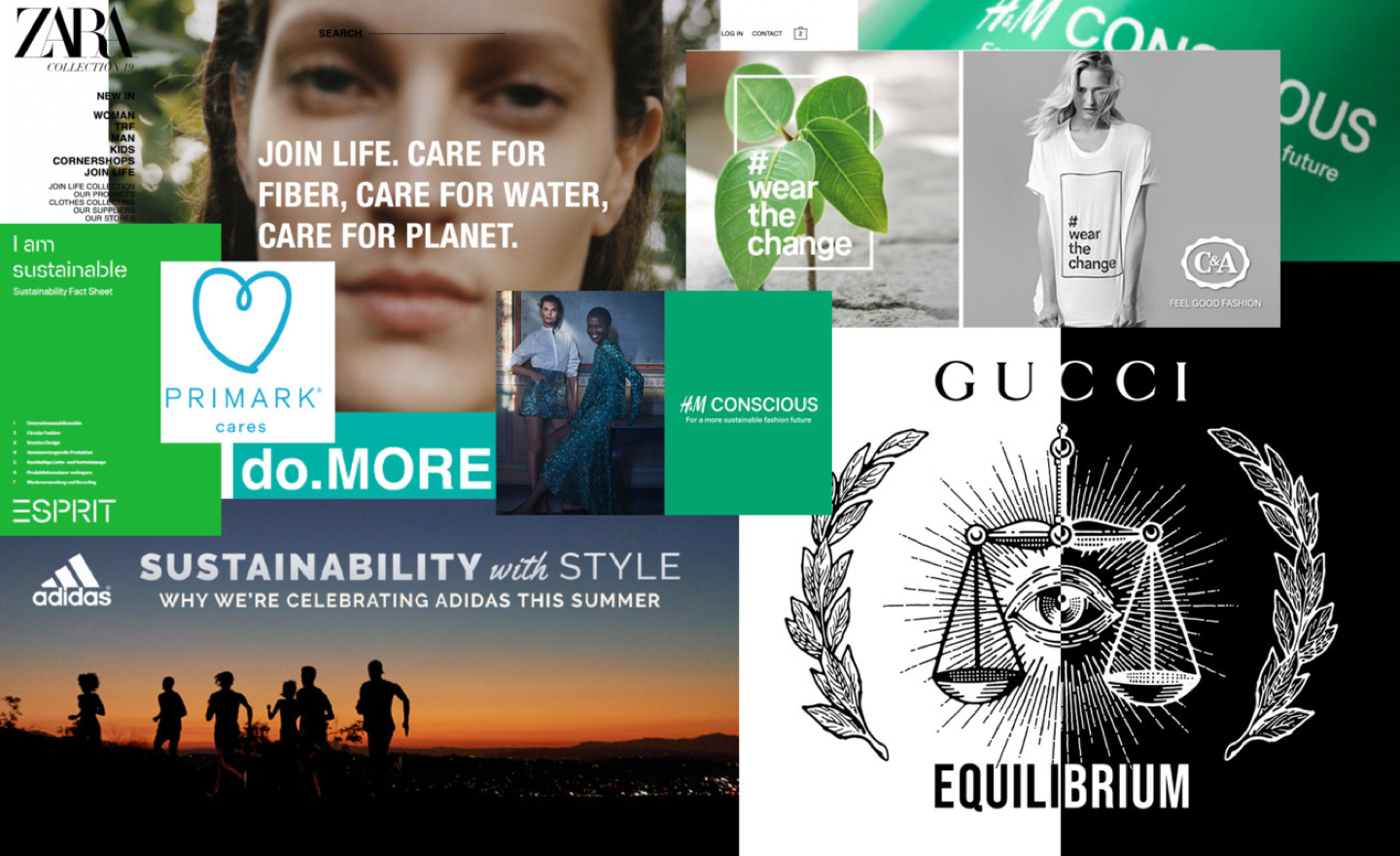 A living wage for all workers should be as much as a concern for brands as it is for labour rights activists. Several garment production countries have witnessed low wages and inequality turn into social unrest, where workers, despite repressive threats and violence, reclaimed the streets and protested in sheer desperation, causing nervous reactions from global brands that saw their smooth production process interrupted.

"An unequal distribution of income and wealth not only creates the conditions for crisis but is itself a source of political and social conflict."
Christa Luginbühl

Economic sustainability and resilience are central to all states, but also to family systems and individuals. Poverty wages specifically exacerbates the situation of women, the main care givers of society expected to perform the most unpaid labour. A living wage is the only solution for achieving equal opportunities for women and men to realize and use all of their capabilities, a prerequisite for inclusive and sustainable progress.

Returning the power after Covid-19

Clothing and textile manufacturing has always run on exploitative labour. Covid-19 made this abundantly apparent. Brands lost the garment industry billions of dollars by canceling orders unnecessarily, crippling factories and devastating workers. By refusing to pay workers a wage they can live on, Brands have left the workers who make their clothes without any means of supporting themselves. Millions of workers are under threat of homelessness and starvation and many factories face economic collapse. Brands have had too much power over their suppliers for too long. It’s time for this to change.

To do so we need transparency. We want to know where the power is in the supply chain: Where are workers paid the least? Where are workers unionised? Where are the women and migrant workers? It is time to use the available data to highlight the human rights abuses in fashion, and get concrete, meaningful, and measurable wage increases across the supply chain. Workers deserve better. Consumers deserve better. It’s time to redistribute power and wealth.

What do we want?
What can you do?
We’re demanding that brands do better:
We want them to show how they are working towards a supply chain that enables ALL workers to earn a living wage. We also demand that policy makers create a level playing field for all parties involved. This is the only way that brands can do their human rights due diligence, and in the long run, the only way they can keep the trust of their consumers.
A Living
Wage
For all workers
Tell brands to commit to paying a living wage across their supply chain.

We are asking brands to pay an extra contribution to the labour costs incurred while producing their clothes. This money will be reserved to go directly to paying wages rather than any other production costs. This way, brands can be sure that the workers in their supply chain earn enough to live on. We also want brands to make a meaningful efforts to reduce the gender pay gap in their supply chain. This means collecting more data about the people who make their clothes and working with factories to reduce the segregation of production roles by gender.

Take Action
A Spotlight
On the Bottom of the
Supply Chain
Where are the unions? Where are the migrants? What are the lowest wages? Tell brands to release readable data on their whole supply chain, from top to bottom.

Brands never release data about the bottom of the supply chain. The wages workers earn in tvhe lowest pay brackets are completely in the dark. How can brands make promises about paying workers a living wage without collecting this information?

We want brands to ask their suppliers what roles women and migrants have in the production of their clothes in and outside of factories. Migrants, like women, are less able to fight for their basic human rights and are often in the same exploitative jobs as women.

We want to know if the workers making our clothes have a voice. Unions allow workers to stand up for themselves and negotiated for better working conditions.

Take Action
Consumer
Transparency
Tell brands and policy makers that you want to know how your clothes were made?

Sign the petition asking brands to pay for orders. The garment industry was drained of billions of dollars when brands canceled orders after the corona virus shut down society. Millions of workers have been without full pay for months,and no pay means no food.

Donate to our emergency fund to help us directly support workers in production countries, many of whom were already waiting on unpaid wages from before the corona outbreak.

For information on how to do so please the covid-19 campaign page on our website.

Follow our live blog for the latest information on Covid-19 in the garment industry.

Find out more about our demands.

Donate to the campaign

You can help fund this campaign by making a donation.
Every little bit helps. This money will be used for website maintenance,
future research and translations of our data.